The recently opened restaurant in the basement of the City Garden in North Point, Hong Kong, has been earning reviews by food magazines. It’s much for fusion cuisine of Chinese and Western-styles as its inter-textual interiors. Riche Bistro | Yu Restaurant nestle within a geometric architectural feat whilst a contrasting backdrop of greenery. Build by the greenery look like ‘City Garden’, origami box encompassed by the green wall. Through these juxtapositions, the diner is at once confronted with a design that is natural yet artificial; organic yet regular.

Natural material such as timber was chosen to fixtures and detailing found in the design. The patterns of the partition are origami by wood. These pure materials reference those grow in everywhere. Stylistic pattern on the flooring represents regular of urban language.

Within the restaurant, to draw attention to the private room, Oscar creates uneven and dynamic effect to expose the shape within the space. Timber appears as a predominant material in the restaurant space – a material commonly found in everywhere. With plant feature exposed in the center of restaurant, greenery has been spread over 15M height wall. Riche Bistro | Yu aims to move the dining experience to natural wood box experience 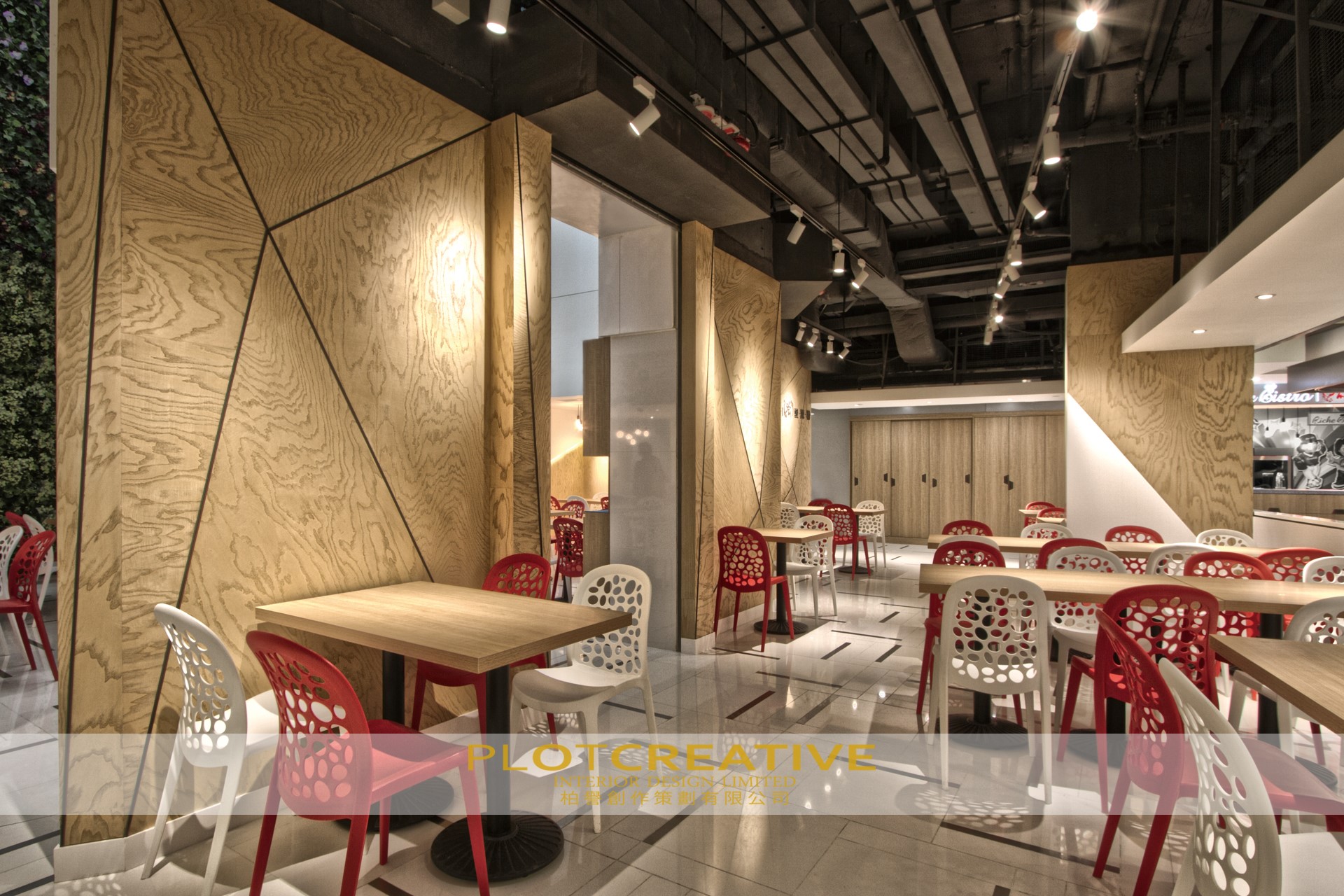 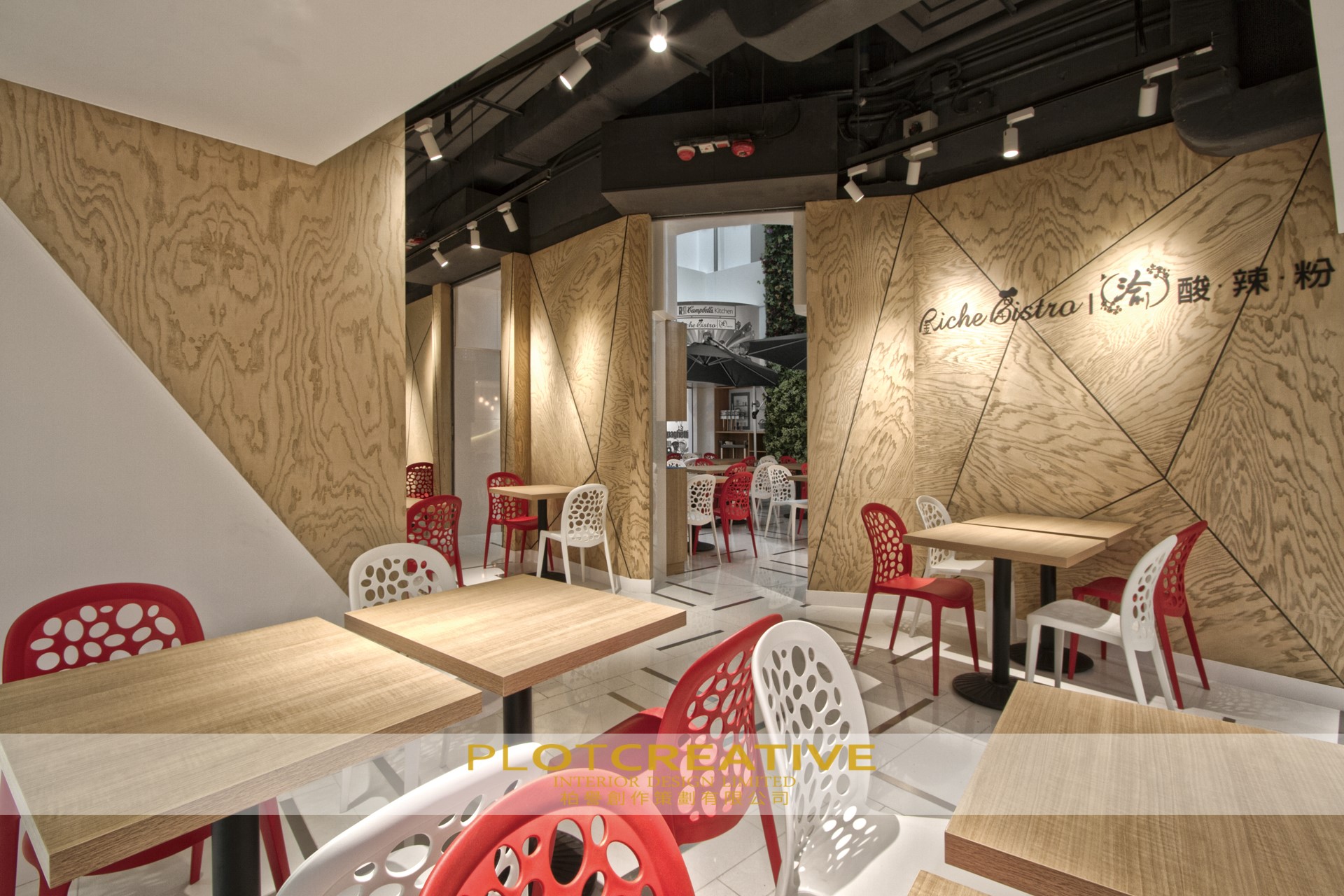 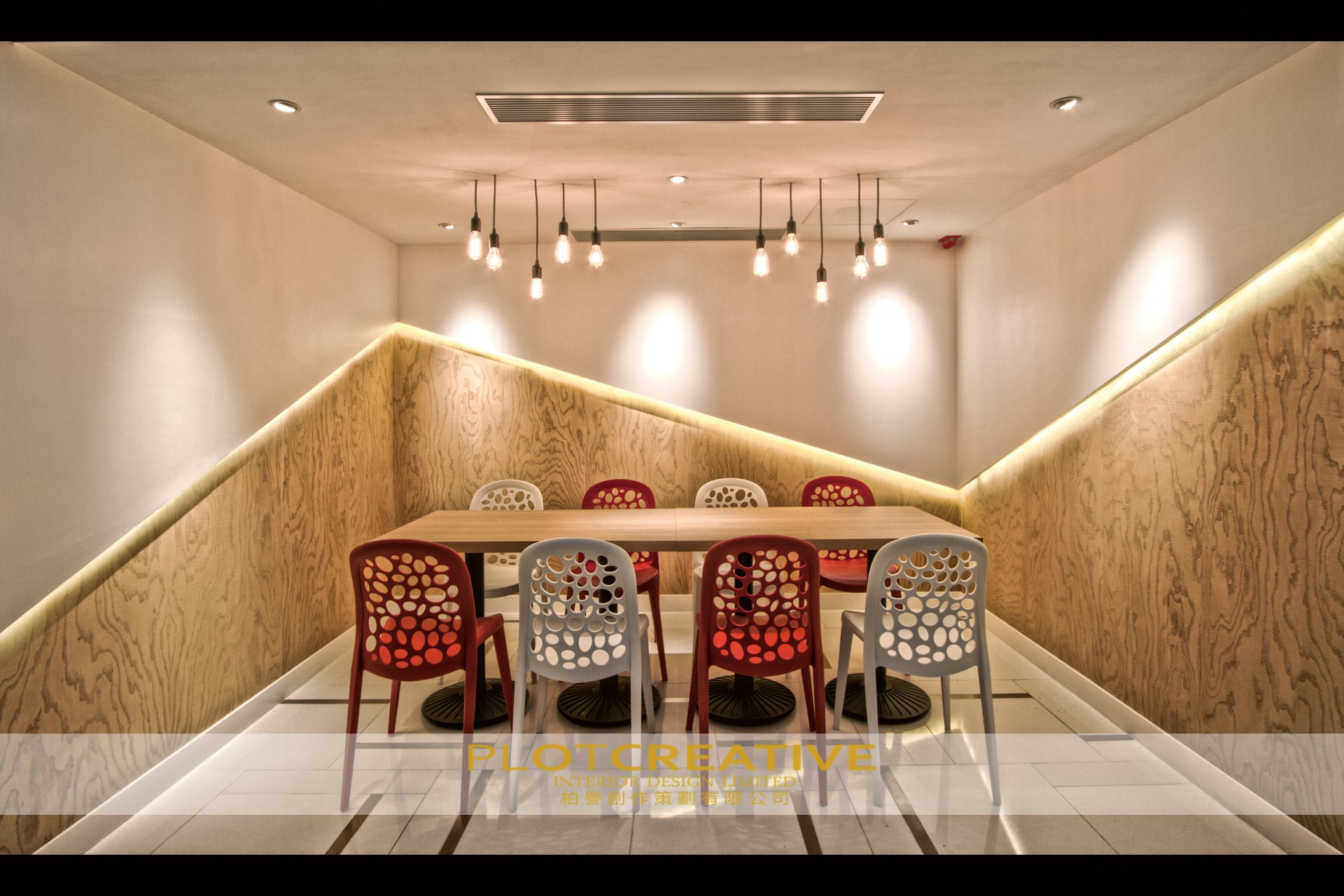 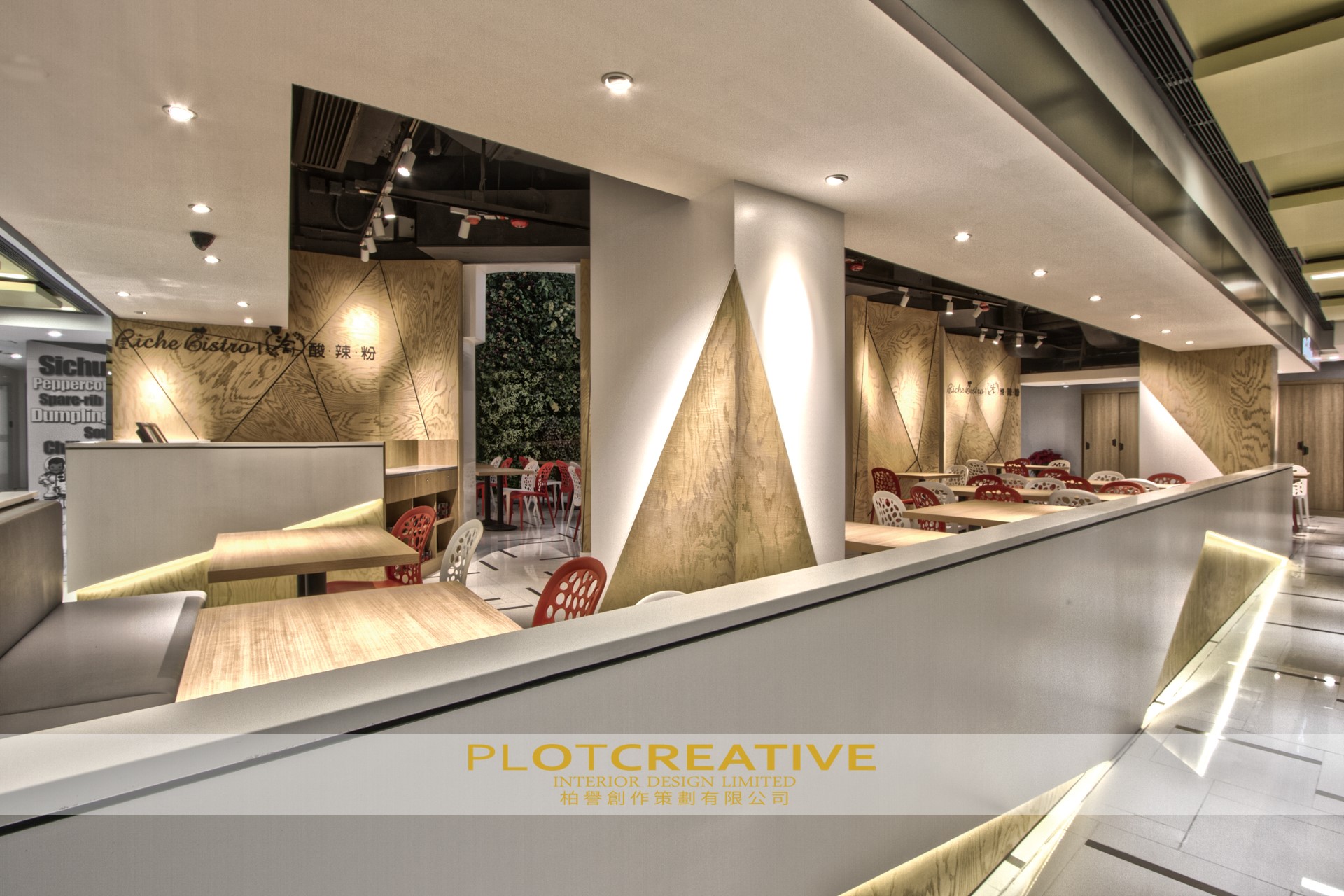